We got our chickens in September 2017, and they ranged in age from 10 weeks down to 3 weeks. I did some mathematics and figured out that Lucy, our Rhode Island Red and the oldest, would probably be ready to lay right in the dead of winter. 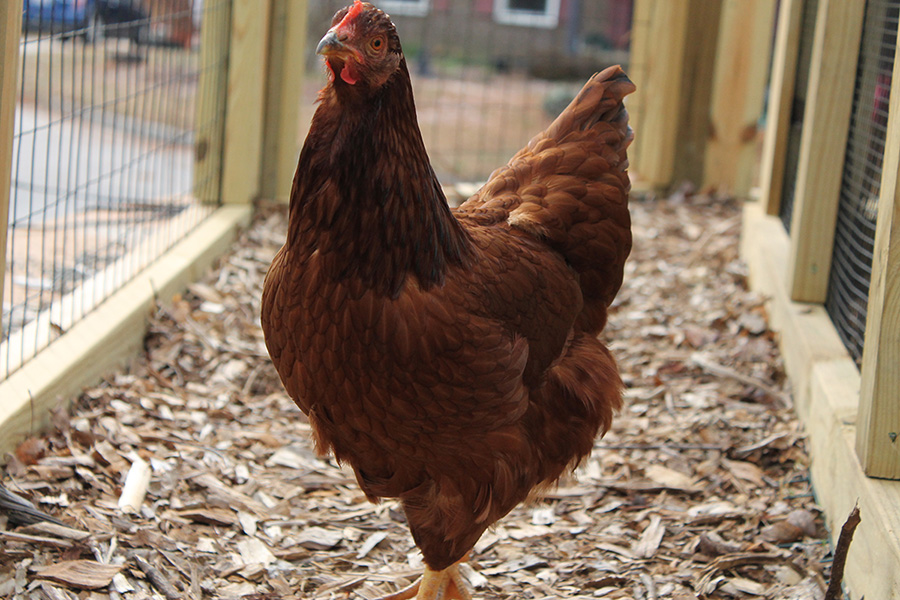 From what I was told from various sources and especially, Kristen, our salesperson and resident chicken expert, while many laying hens will lay some eggs in the winter, they won’t have their first lay when the days are short in December and most of January.

Let me back up a bit to tell you some things we did to prepare for our hens laying. First of all, we closed off the nest boxes on our American Coop. We didn’t at first, being new to chickens, and the young pullets were hanging out in the boxes and of course, pooping in there too. That’s exactly what you don’t want! 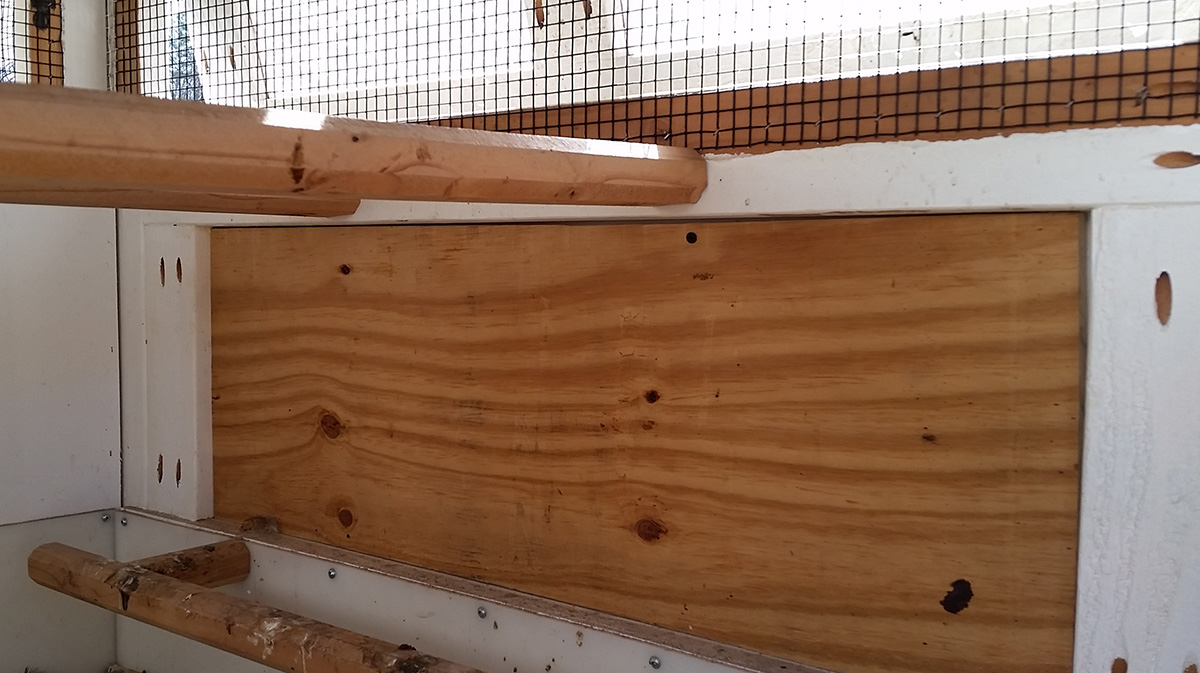 After a day or two, we realized our mistake and cleaned out the next boxes, (which is a cinch with Carolina Coops, because the dividers all come out for easy clean up!) and we screwed a board over the nest boxes.

One thing that’s true about chickens is it’s much easier to let them adopt good habits then to try to break them of bad habits. 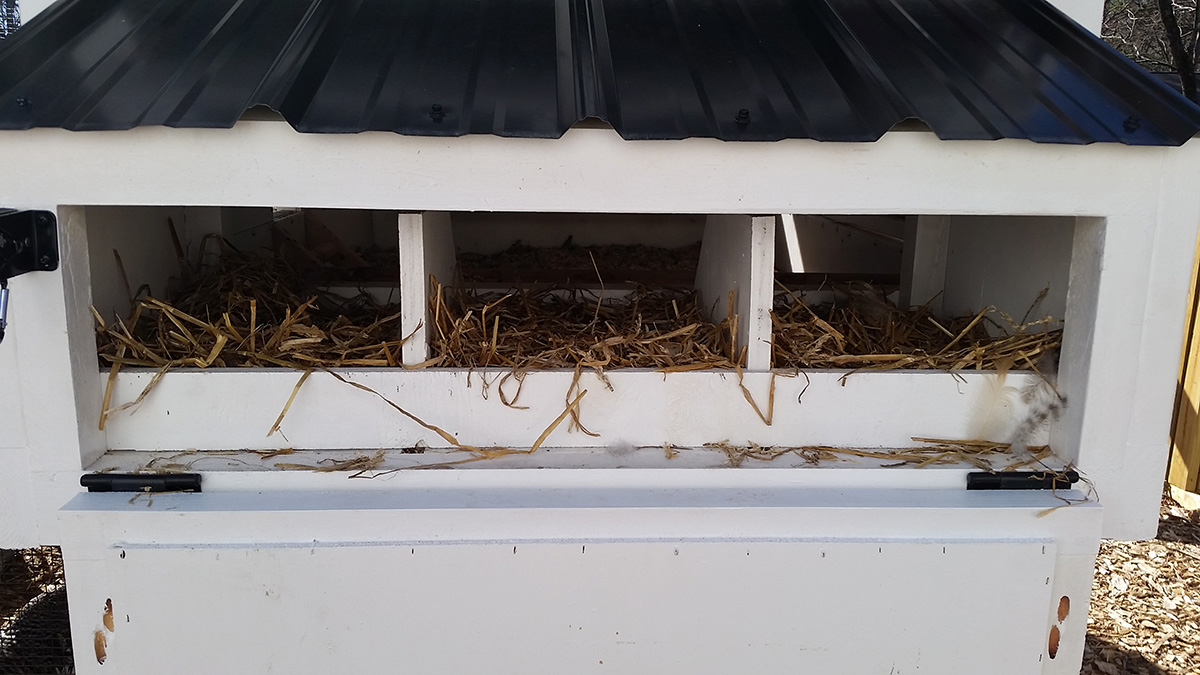 On Kristen’s advice we decided to open the nest box mid to late January, specifically Sunday, January 14, 2018. Each day I would open the nest box hoping, but not expecting anything. The days were getting longer here in Raleigh, NC, but I wasn’t expecting any action yet. Especially since three days later on Wednesday, we got an all-day snowfall that resulted in an unusual 6 inches of snow here. 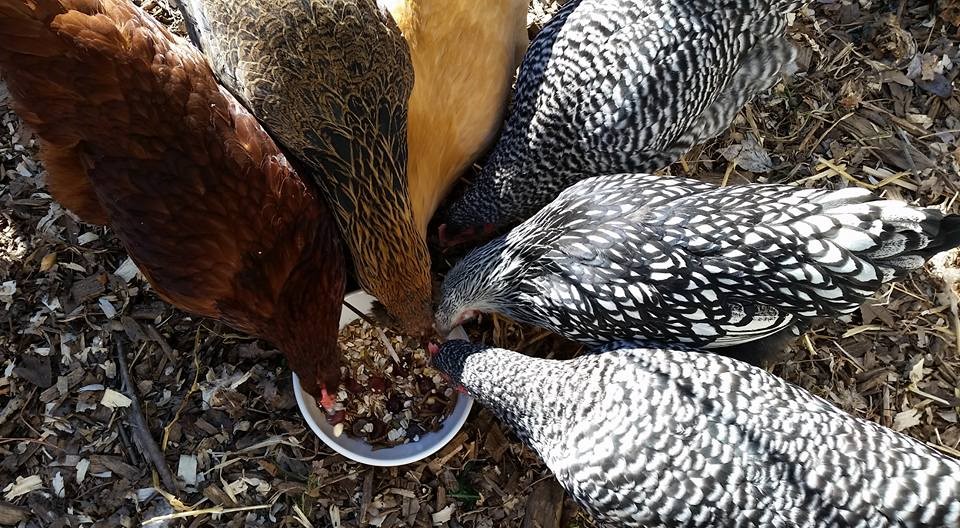 By Friday the snow was slowing melting as temps climbed above freezing during the day. In the late afternoon, I brought the girls a treat of oats, barley, grapes, blueberries, sunflower and pumpkin seeds, mixed with some mealworms and cracked corn. They were gobbling it up, and I knew the cracked corn helped keep them warm at night, so I like to bring those treats in late afternoon.

I checked the nest box before going back inside which became a habit in the past week. Much to my surprise there was an egg! Our first egg! I couldn’t believe it! I was so excited I was doing a dance by the chicken coop. 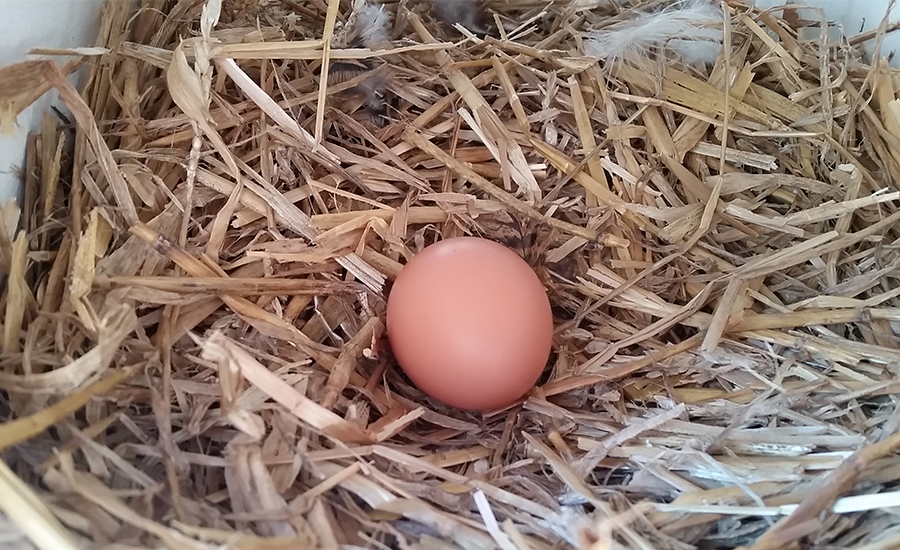 Lucy made the perfect little nest and laid a little light brown egg. I was honestly beside myself and couldn’t wait to tell my husband.

It’s been a week since that first egg and she’s pretty much delivered one every day. Since it takes most chickens 25 to 26 hours to produce an egg, and she started in the late afternoon, she skipped a day. Currently, I am finding the eggs in the morning.

Right now it’s just Lucy laying, although our two Barred Rocks, Wilma and Betty, are at laying age and I’ve seen their feathers in the nest boxes too. So soon we should have more of the girls laying. Lucy’s eggs are getting bigger and browner too. 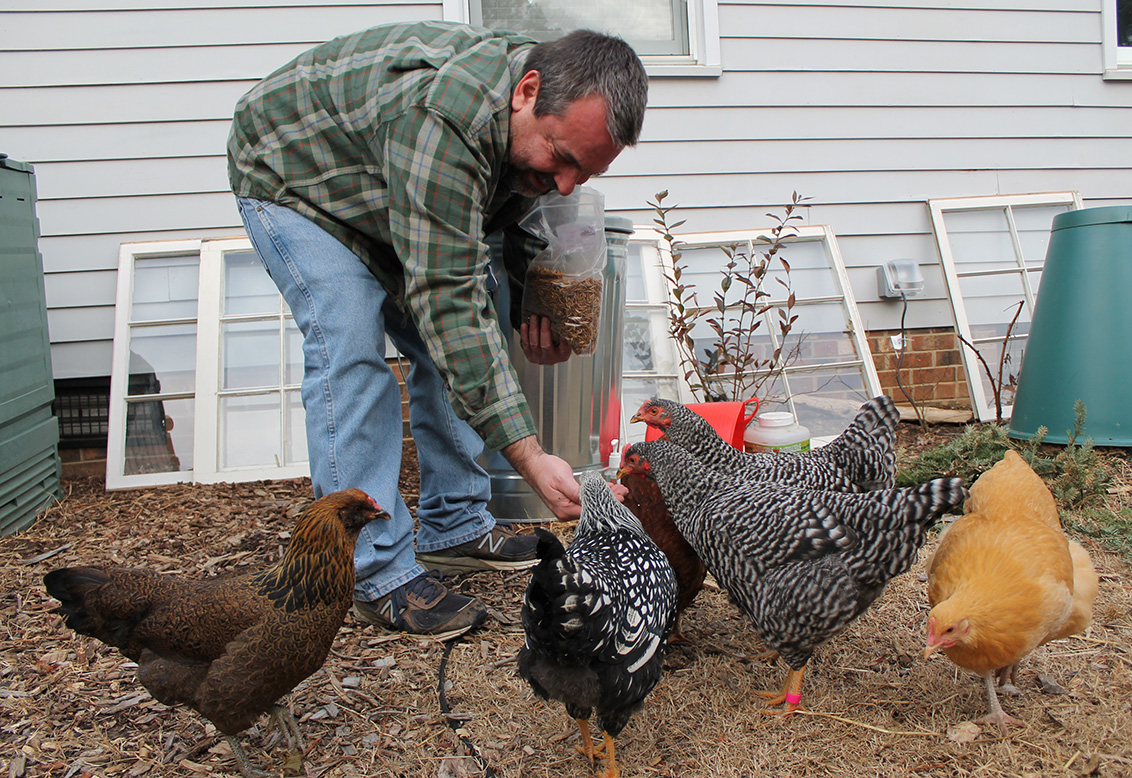 Since they aren’t all laying yet, I am feeding them all starter/grower feed that’s not medicated, but I have oyster shells available for Lucy. When they are all laying, we will switch to layer feed. 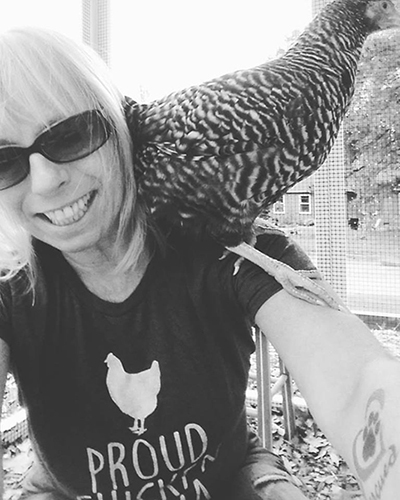 I still get excited to see an egg, but nothing beats that feeling of a backyard chicken keeper’s first egg from one of their hens.

The girls are digging the warmer weather and are living the good life. They provide not only eggs, but give me much needed chicken therapy. That’s the best.