Why did the chicken cross the road?
Maybe they just want to live their lives without having their motives questioned. 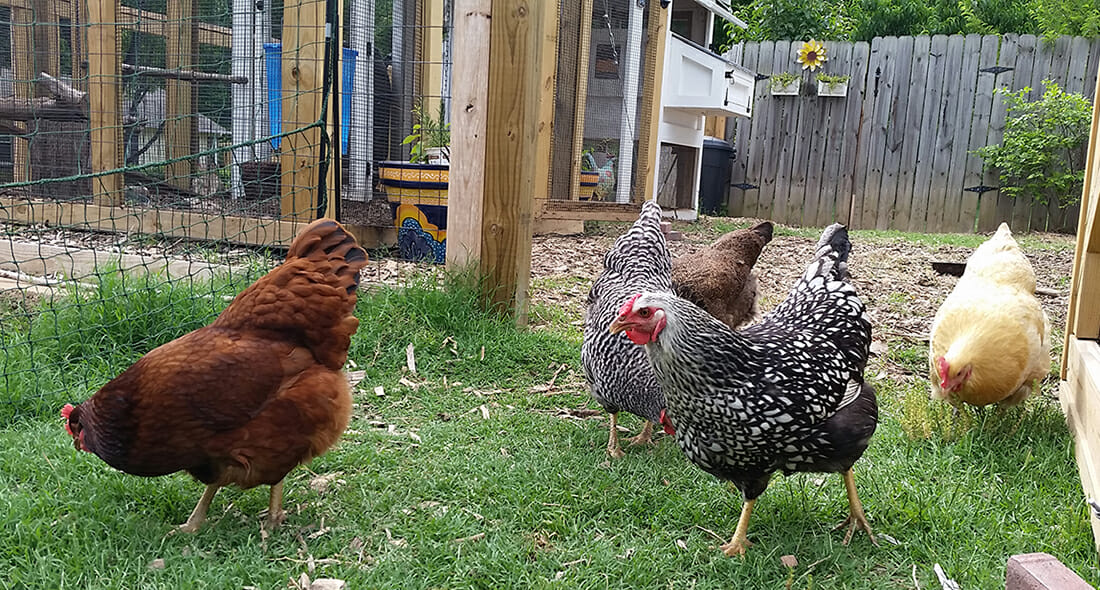 Backyard chicken keeping is growing in popularity as people in urban and suburban areas see the value and entertainment that comes along with having chickens. Here are some interesting facts about our feathered friends.

1. Chickens are omnivores:
Many people think chickens are vegetarians, but besides eating seeds, grass, and grain, they will catch and eat insects, lizards, toad, and even field mice. 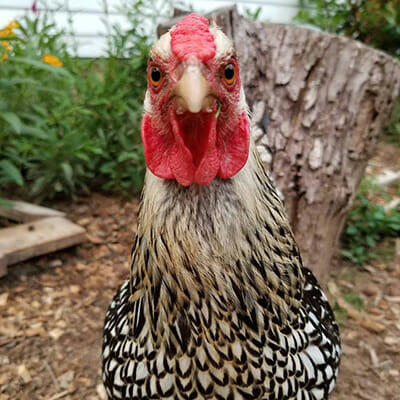 2. Chickens have great memories & can recognize over 100 faces:
Everyone with backyard chickens can attest to the fact that their chickens know them and each member of their family. They can even recognize different animals too, such as your dogs and cats. Chickens also remember places and different members of their flock, even after months apart.

3. Chickens have strong color vision:
Many believe that chickens have poor vision and are colorblind, but in fact, their color vision is better than humans due to a well-organized eye with five types of light receptors enabling them to see many colors in any given part of the retina.

4. They dream when they sleep:
Chickens, like humans and other mammals, have a REM (rapid eye movement) phase of sleeping, which signifies dreaming. However, they also have another sleep phase that humans lack, called USWS (unihemispheric slow-wave sleep), where one half of the brain is sleeping while the other half is awake. Chickens can literally sleep with one eye open, an evolutionary adaptation that lets that watch for predators while they slumber.

5. Chickens have complex communication with specific meanings:
Chickens are capable of at least 30 different vocalizations and each one means something specific. They alert each other to food, call young chicks, purr in contentment, and warn other flock members of predators. Mother hens even talk to their babies when they are still in the egg with soft purrs. The unborn chicks respond with soft, high-pitched peeps. 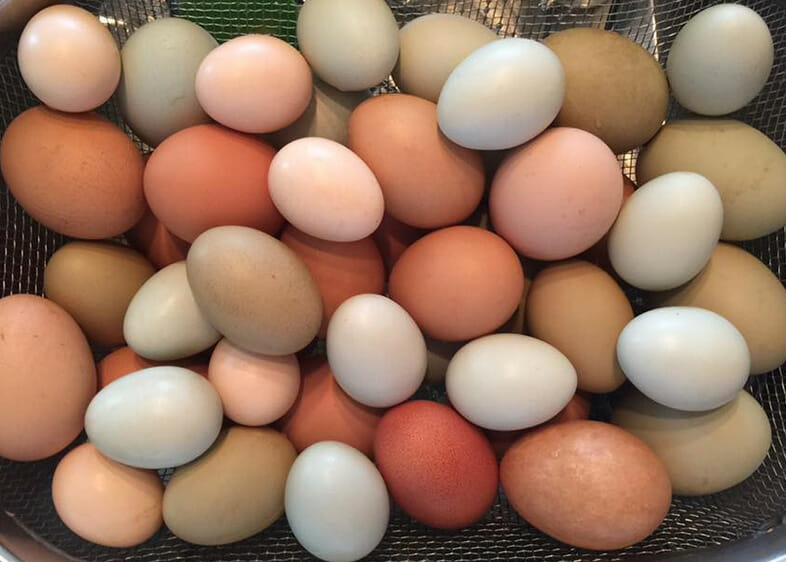 6. Egg color is determined by genetics:
A hen’s breed indicates what color egg she will produce. For example, Leghorn chickens lay white eggs while Orpington’s lay brown eggs and Ameraucanas produce blue eggs. Typically a chicken’s egg color can be determined by its earlobe color.

7. Chickens are technically dinosaurs:
Chickens evolved from dinosaurs and are the closest living relative to the magnificent T. rex. One lineage of dinosaurs survived the mass extinction 65 million years ago, the birds, so chickens (and all birds) are actual dinosaurs. However, chickens are definitely the most primitive and ‘dinosaur-like’ than any of our modern birds. Just watching them run and some of the sounds they make, (I’m talking to you, broody hen) you can see a very distinct velociraptor. 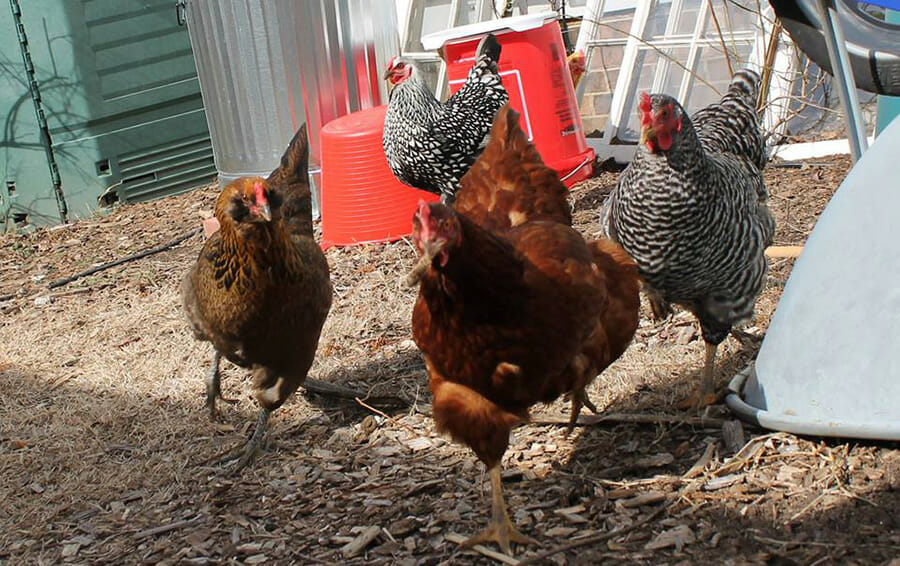 8. There are more than 25 billion chickens in the world:
There are more chickens than any other bird species on Earth and they also outnumber humans 4 to 1.

9. Chickens are a lot smarter than you think:
Recent studies have shown that chickens are intelligent creatures with many traits similar to those of primates. Chickens can demonstrate complex problem-solving skills and have super-sensory powers (such as telescopic eyesight and almost 360-degree vision like owls). They comprehend cause and effect, pass on their knowledge, demonstrate self-control, and even worry. 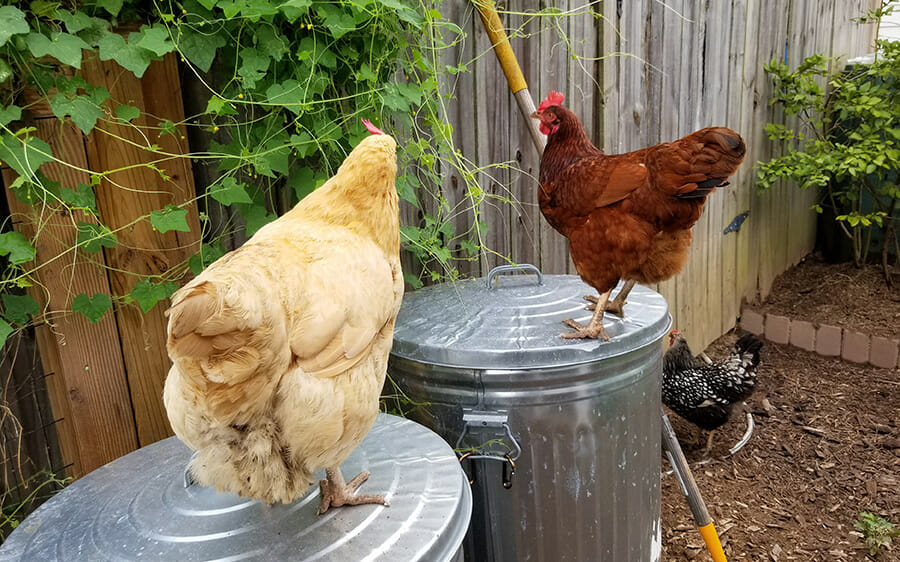 10. Chickens teach each other:
Mother hens teach their chicks not to eat grains that could be bad from them, where to find food, and how to forage. Chickens also copy each other’s behaviors, as chicken keepers well know, if you can get one chicken to do something you want, they will all follow suit.

11. They like to play:
Not surprising as intelligent creatures, chickens can often be found playing— running, jumping, and jousting with others in the flock.

12. Chickens can fly and run fast:
They can’t fly long distances, but enough to get up high in a tree or go over a fence for better foraging. They can run up to 9 mph in short bursts, but their real power is they can turn on a dime. This speed and agility helps keep them safe from predators. 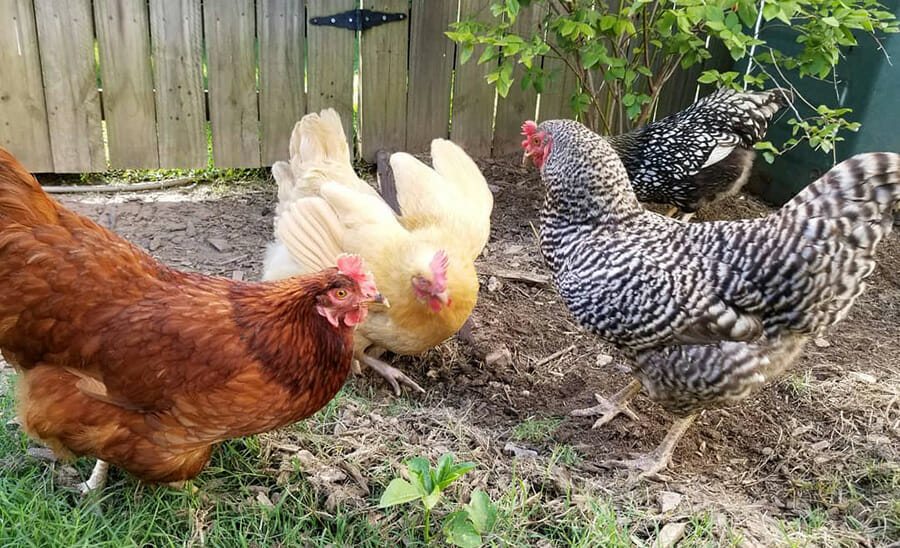 13. Chickens have distinct hierarchies:
Chickens gave us the term ‘pecking order’ as they operate with strict hierarchy, with the top chickens laying down the law by bullying and literally pecking the weaker chickens. The good news is the pecking order is established early in a chicken’s life when raised in a flock and the birds live in relative harmony. 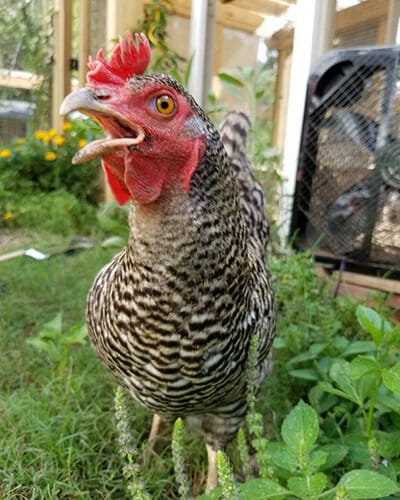 14. Chickens can comprehend object permanence:
When an object is taken away or hidden from view, chickens still know that object exists. Chicks as young as 2 days old have shown object permanence, where as human babies don’t develop this skill until they are about 6 months old. Not many animals even have this ability at all.

15. Certain breeds are about to become extinct:
Despite there being about 25 billion chickens in the world today, more traditional or ‘heritage’ breeds are increasingly at risk of becoming extinct. This is because industrialized chicken farming (and now factory farming) bred in qualities to enhance meat and egg production with little care to preserving the original breed characteristics. Not such a ‘fun’ fact, but an important one to know.

For a list of which breeds are at risk visit the American Livestock Breeds Conservancy and consider adding some to your backyard flock.