Glossary of Terms Every Backyard Chicken Keeper Needs to Know

Autosex: Chicks that are the offspring of a hen and a rooster of the same breed and variety that can be sorted by gender from the moment they hatch.

Bantam: A miniature chicken, about one-fourth to one-half the size of a regular-sized chicken. Also called a Banty. 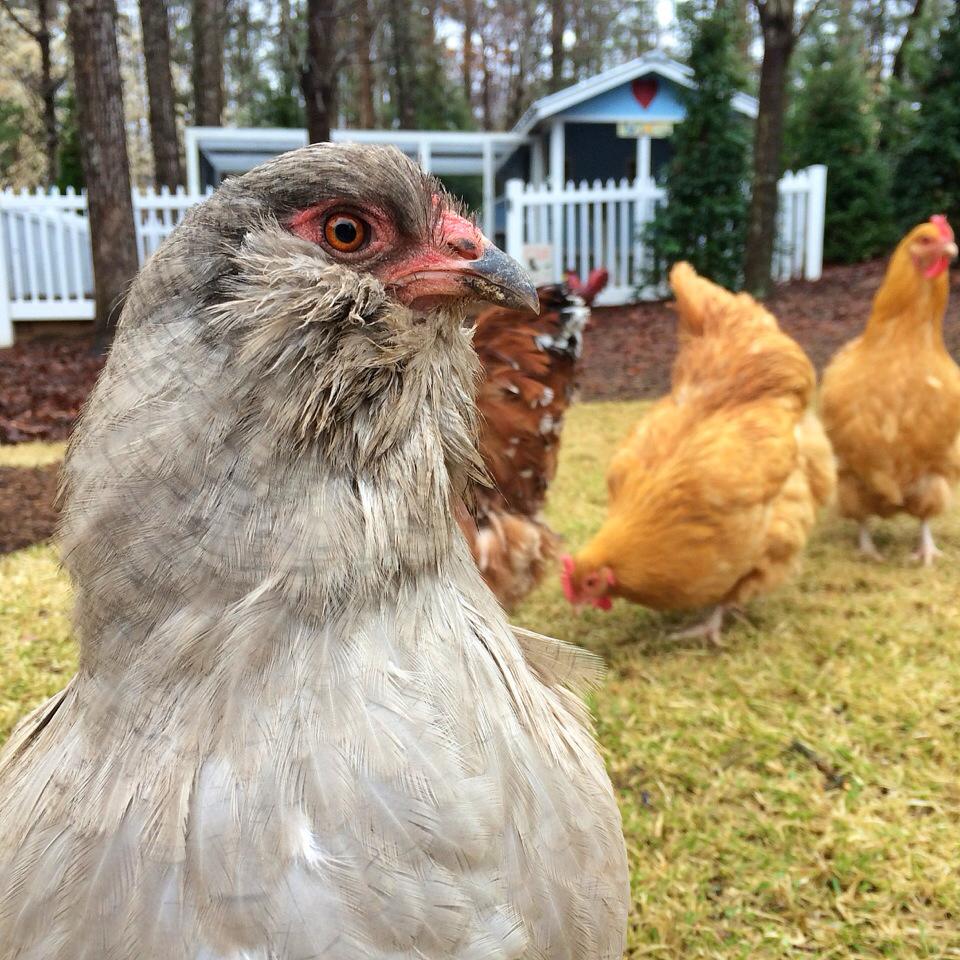 Beard: The feathers (always found in association with a muff) bunched under the beaks of such breeds as Ameraucana, Faverolles, and Houdan.

Biddy: Affectionate word for a hen.

Biosecurity: Program of disease prevention in a flock.

Bloom: The moist, protective coating on a freshly laid egg intended to limit moisture loss and prevent bacterial contamination of the egg’s contents.

Booted: Having feathers on the shanks and toes.

Brooder box: A heated enclosure used for raising chicks that imitates the warmth and protection a mother hen gives her chicks.

Broody hen: A hen that covers eggs to warm and hatch them. Also refers to a hen that stays in the nest for an extended period without producing eggs.

Cape: The narrow feathers between a chicken’s neck and back.

Candling: Procedure of shining light through an egg to determine if it is fertilized or not. 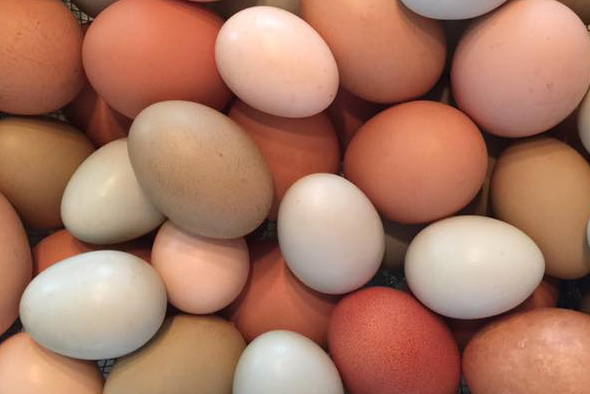 Clutch: A group of eggs in a nest, usually about 12. The term is commonly used with a group of eggs being sat on, or incubated, by a brooding hen.

Coccidiosis: A disease caused by infestation of the parasite Coccidia within the intestinal tract. Coccidiosis spreads from one chicken to another by contact with feces or ingestion of infected tissue.

Comb: The fleshy, usually red, crown on top of a chicken’s head. 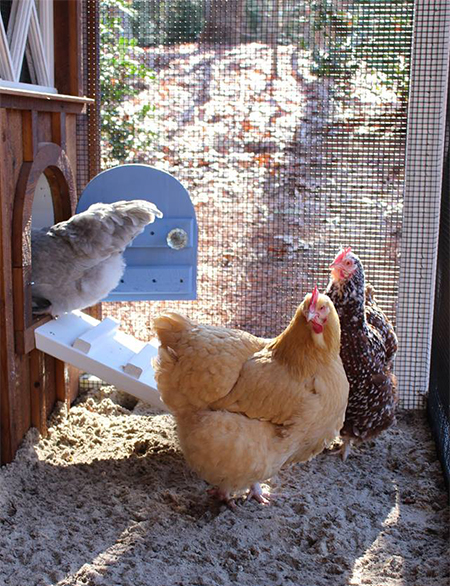 Coop: The house where the chickens live and sleep.

Crest: A puff of feathers on the heads of breeds such, as Houdan, Silkie, or Polish; also called a topknot.

Crop: A pouch at the base of a chicken’s neck that bulges after the bird has eaten.

Cull: To kill a non-productive, sick, or inferior chicken from a flock. Down: The soft, fur-like fluff covering a newly hatched chick; also, the fluffy part near the bottom of any feather.

Dust bath: The equivalent of a shower for a chicken, where the chicken thrashes around in the dirt to clean their feathers and discourage body parasites.

Egg song: Vocalizations hens may make before or after egg-laying.

Feather legged: Having feathers growing down the shanks, i.e., Cochins and Brahmas.

Fledge: To care for young birds while they are still in the nest.

Flight feathers: The biggest primary feathers on the final half of the wing.

Free range: To allow chickens to roam a yard or pasture at will.

Frizzle: Feathers that curl rather than laying flat, also a breed of chicken.

Gizzard: An organ that crushes food with the help of pebbles or grit.

Grit: Sand and small pebbles eaten by a chicken to grind up grain and plant fiber to aid in digestion, sometimes needs to be added to a chicken’s diet if not allowed to free range. 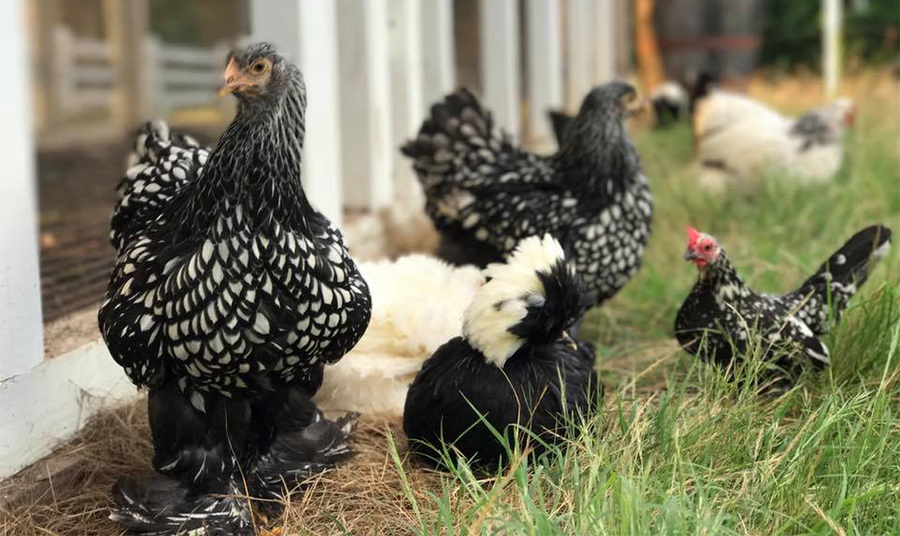 Keel: The breastbone, which resembles the keel of a boat.

Litter: Straw, wood shavings, hemp, shredded paper, or anything else scattered on the floor of a chicken coop, run or brooder to absorb moisture and manure.

Mash: A mixture of wet or dry coarse ground feed.

Molt: The annual shedding and renewing of a bird’s feathers.

Muff: The feathers (always found in association with a beard) sticking out from both sides of the face, under the beak, of such breeds as Ameraucana, Faverolle, and Houdan; also called “whiskers.”

Nest box: A safe place, usually in a henhouse, where chickens lay eggs.

Nest egg: A wooden or plastic egg put in the nest box to encourage hens to lay there. 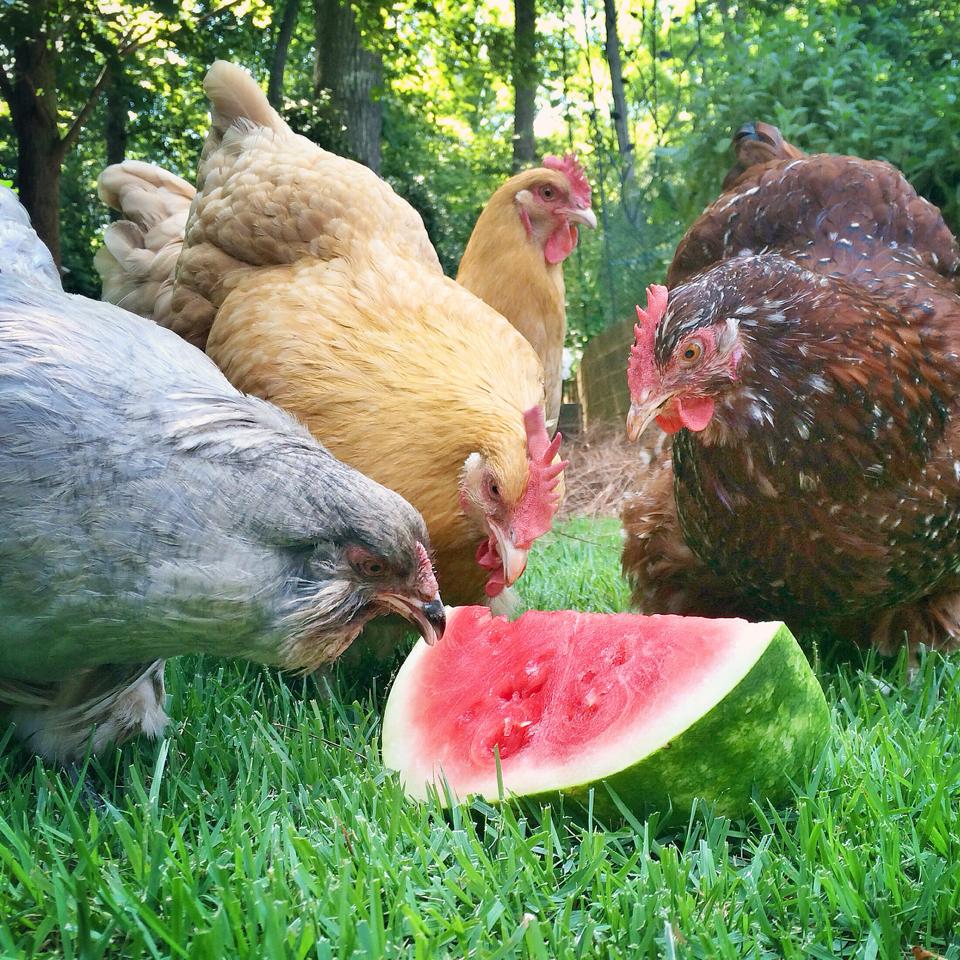 Perch: The place where chickens sleep at night; the act of resting on a perch; also called a “roost.”

Pip: The hole a newly formed chick makes in its shell when it is ready to hatch.

Point of lay: The age at which bird could start laying (approximately 20 weeks).

Range fed: Chickens that are allowed to graze freely.

Roo: Slang for a male chicken.

Roost/Roost bar: The place where chickens spend the night; the act of resting on a roost; also called “perch.

Run: The enclosed area, attached to a chicken coop, in which birds are allowed to run around and peck.

Saddle: The part of a chicken’s back just before the tail.

Scratch: The habit chickens have of scraping their claws against the ground to dig up tasty things to eat, or any grain fed to chickens.

Sexed: Newly hatched chicks that have been sorted into pullets and cockerels. Sexing of day old chicks is approximately 90% accurate.

Sexing: One of the many methods of identifying a chicken’s gender. 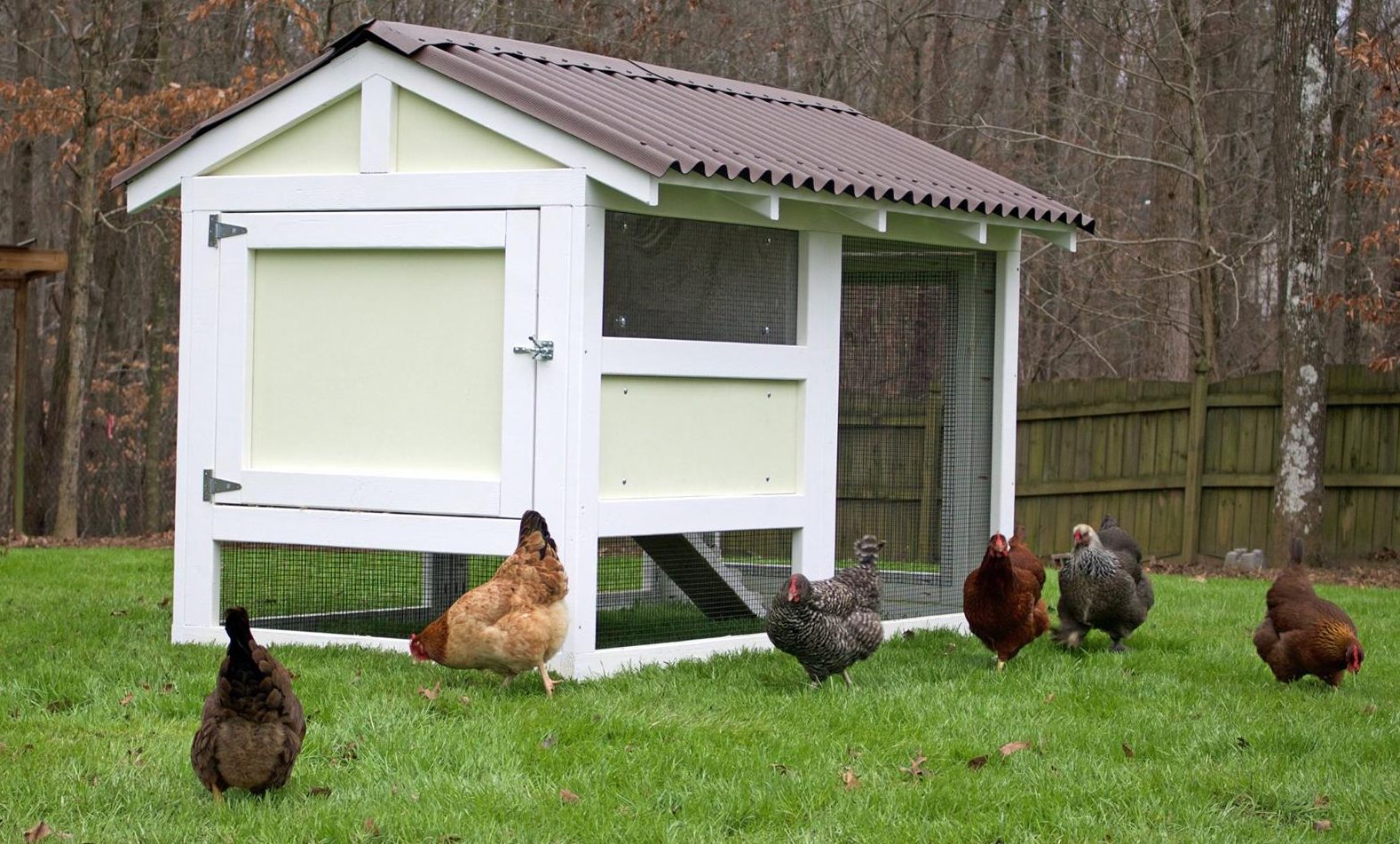 Shank: The part of a chicken’s leg between the claw and the first joint.

Sickles: The long, curved tail feathers of some roosters.

Spur: The sharp pointed protrusions on a rooster’s shanks.

Straight run: Newly hatched chicks that have not been sexed; also called “unsexed” or “as hatched.”

Unthrifty: Unhealthy appearing and/or failing to grow at a normal rate.

Vent: The outside opening of the cloaca, through which a chicken emits eggs and droppings from separate channels.

Wattles: The two red or purplish flaps of flesh that dangle under a chicken’s chin.

Whiskers: The feathers (always found in association with a beard) sticking out from both sides of the face, under the beak, of such breeds as Ameraucana, Faverolle, and Houdan; also called muffs.