Young Sawyer loves chickens. The 3-year-old was diagnosed with leukemia last year and when asked what he wanted for his wish from Make-A-Wish®, he said he wanted a chicken coop. Sawyer already had a small but growing flock of chickens that were in a dog run outside the family home in Burbank, Washington.

Sawyer’s mother Shelley said, “You know, a lot of kids go to Disneyland and go swim with the dolphins and stuff, but he wanted a chicken coop mansion.” 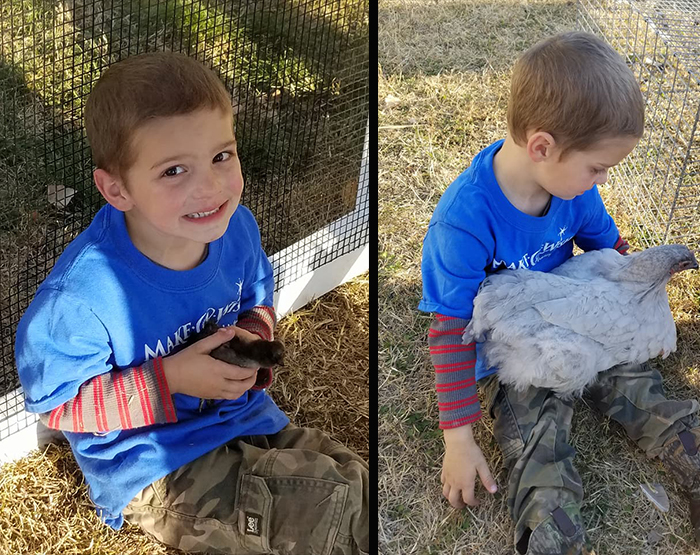 A Make-A-Wish® representative cold called Carolina Coops and we were more than happy to help. We shipped out an American Coop that was pre-painted, so it would be all ready to go once it was assembled. 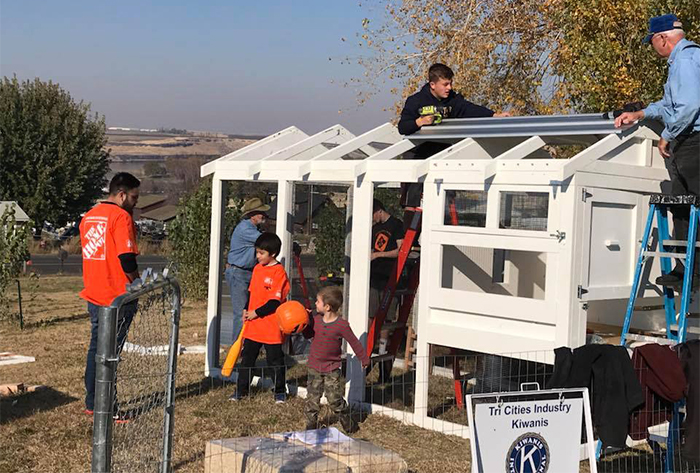 A Make-A-Wish® Alaska & Washington partnered with volunteers from Home Depot and the Tri-City Industrial Kiwanis Club on Saturday, Oct. 28, 2017 to assemble the 12 x 6 foot chicken coop as Sawyer watched in anticipation. They also set up a fenced area for the chickens to roam relatively safe from predators. 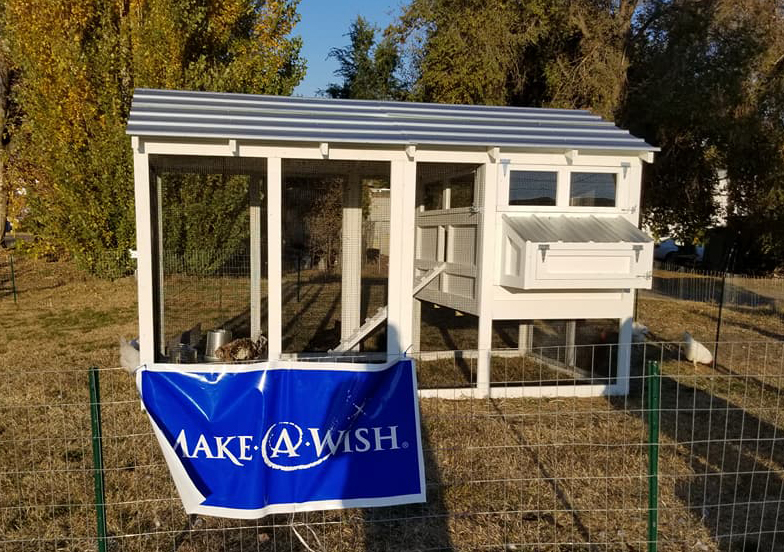 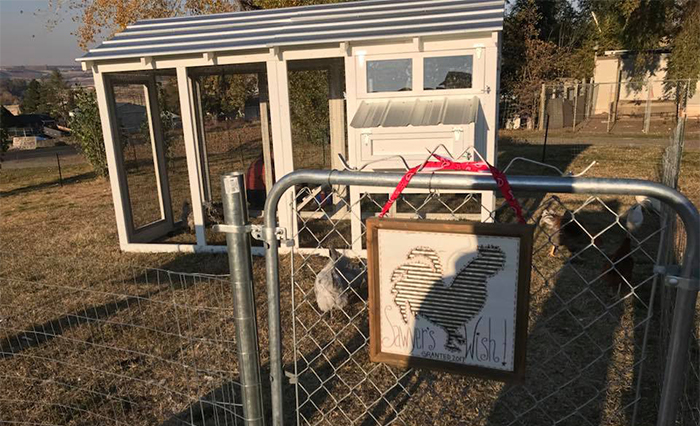 A former Make-A-Wish family donated additional chickens for the flock, and an animal feed seller is supplying a year of chicken feed at a steep discount.

The look of happiness on Sawyer’s face is priceless! 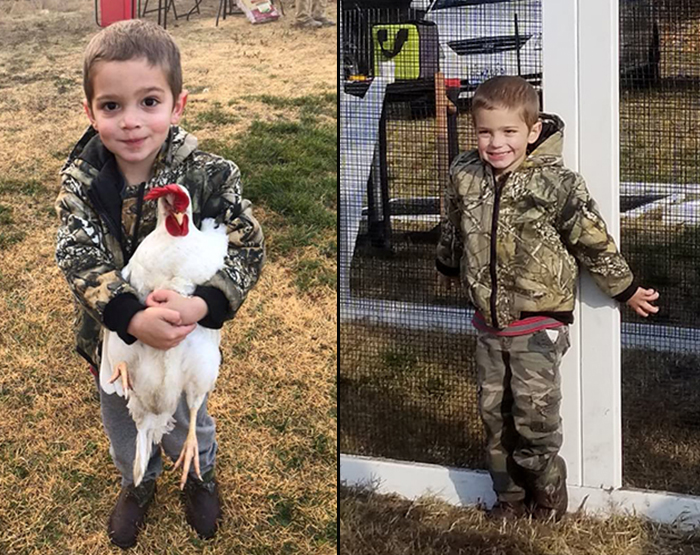 We are so grateful Carolina Coops was a small part in making Sawyer’s wish come true.

For information about supporting Make-A-Wish or nominating an ill child, visit Make-A-Wish®.

Watching chickens helps him through chemo; now Burbank boy’s birds have a home