Hemp is Not Pot —Plus Other Hemp Facts

We love our industrial hemp as bedding for our chicken coops. However, there are many misconceptions about industrial hemp and hemp in general. This article explains some of the history behind hemp, how it became lumped in with marijuana, and why it is becoming more and more of a mainstream crop due to its many applications. 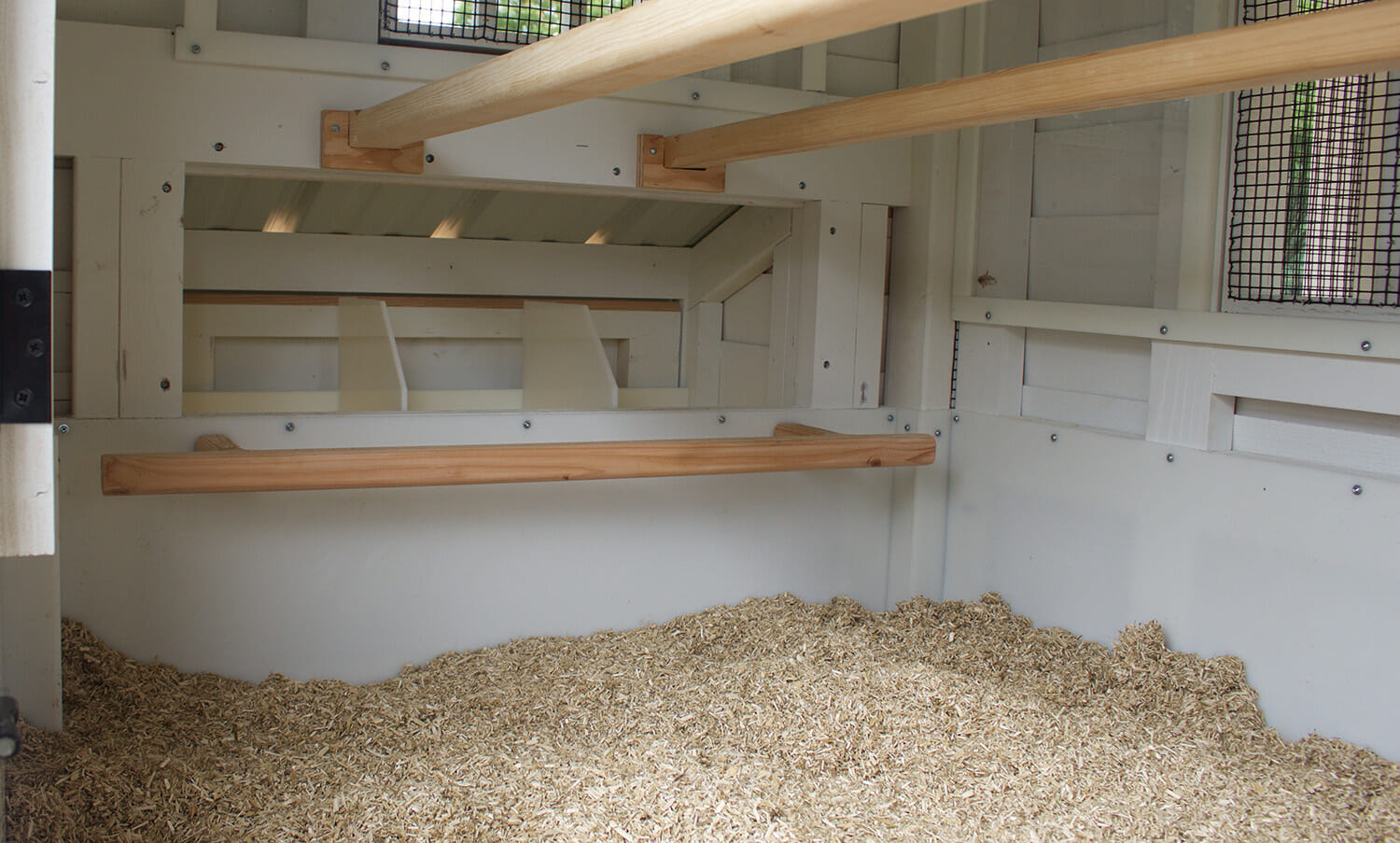 A Brief History of Hemp

One of the oldest plants cultivated by human civilization, hemp was an important crop in American from Colonial times to post World War II as a sustainable crop grown for food, oil, and fiber. In 1606, hemp was introduced to North America, and since then, American farmers embraced hemp for its versatility. It was used in different products such as paper, rope, fabrics, and lamp fuels. Farmers in the 1700s were legally required to grow hemp as a staple crop. Even Thomas Jefferson wrote the draft of the Declaration of Independence on hemp paper.

Since its fibers are so strong, hemp was often used to make rope lines and sail canvas for warships and merchant vessels. In fact, the word “canvas” is derived from cannabis. Farmers continued to embrace hemp as an important crop, building mills and hemp-processing machines through the years. 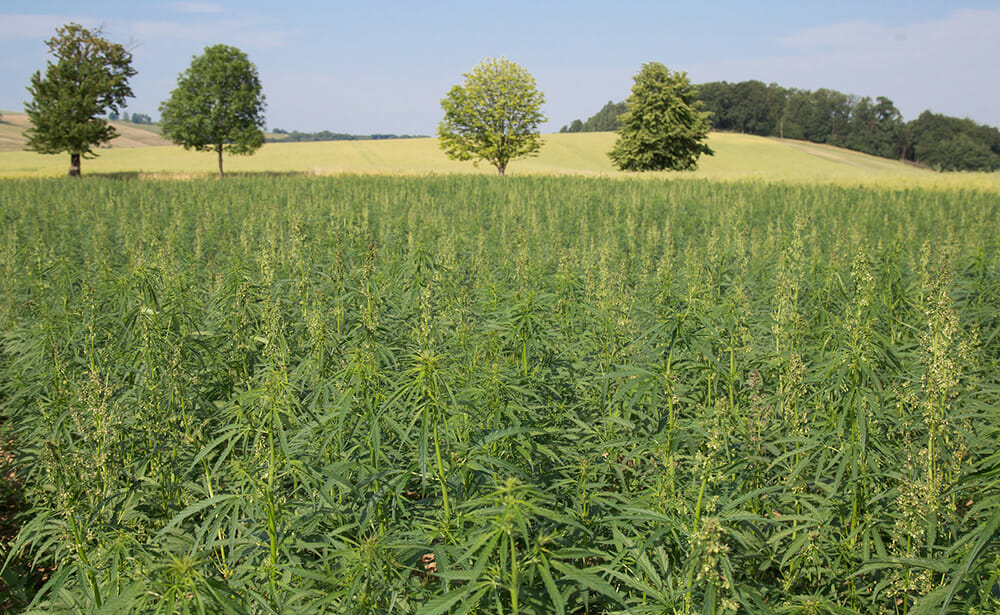 During World War II, the USDA initiated its “Hemp for Victory” campaign to encourage farmers to grow hemp to support the war effort. But the demand for hemp ended with the war and many farmers were left with cancelled hemp contracts.

From 1937 until the late 1960s, the U.S. government recognized that industrial hemp and marijuana were two distinctly different varieties of the cannabis plant.

However, in the late 1960s politicians failed to see the difference in the two and unintentionally lumped hemp in with marijuana as a Schedule I Drug and banned it in 1970 under the Controlled Substances Act.

With a law on the books effectively banning hemp and the availability of cheap, synthetic fibers since the 1950s, the hemp industry nearly died.

What’s the Difference Between Hemp and Marijuana? 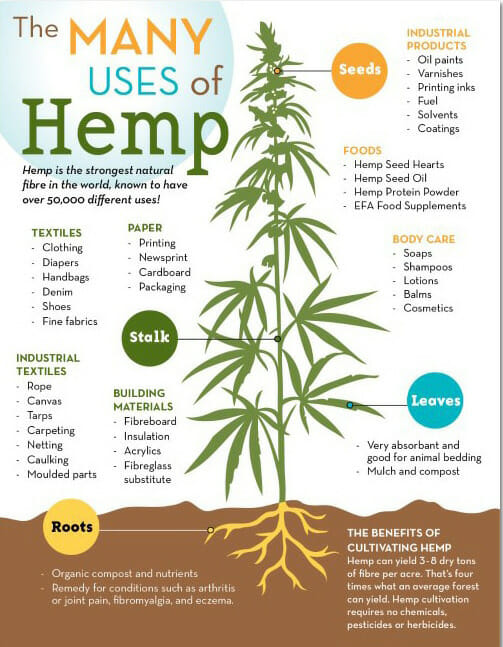 It’s important to distinguish the difference between hemp and marijuana. Both are part of the Cannabis family, but that’s where the similarities end. Hemp is entirely different from marijuana its function, how it’s grown, and in all its applications.

Marijuana is used for medicinal and recreational purposes, while hemp is known to have more than 20,000 possible applications in which marijuana cannot possibly be used. Hemp applications include clothing, skin products, accessories, dietary supplements, and food, to name just a few.

Since the plants are both part of the same family, at first glance they seem to resemble each other a lot. However, hemp leaves are taller, loosely branched, and have long, narrow leaves, and are grown outdoors, reaching up to 20 feet tall.

Marijuana plants have wider, shorter leaves that are densely branched. They don’t grow nearly as tall as hemp plants and are better suited for growing indoors.

Can You Get High Off of Hemp? 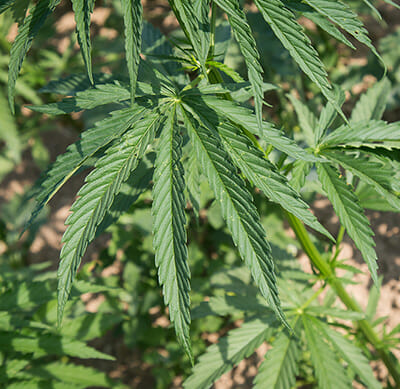 The short answer is no. THC, tetrahydrocannabinol, is the chemical that gives marijuana its psychoactive effects, otherwise known as a ‘high.’ Marijuana contains anywhere for 5% to 20% THC content, with some premium marijuana containing 25% to 30% THC.

However, hemp is regulated to only have a maximum level of 0.3% THC, making it impossible to get any type of high or psychoactive effect. Instead, hemp contains high cannabidiol (CBD) content that actually interferes with how the body processes THC, making any THC useless.

The medical benefits associated with hemp’s properties as a medical supplement for both humans and pets is one of its leading applications in the U.S. Hemp’s CBD oil has been recommended to help with conditions such as anxiety, addiction, depression, chronic pain, arthritis, seizures, and much more. 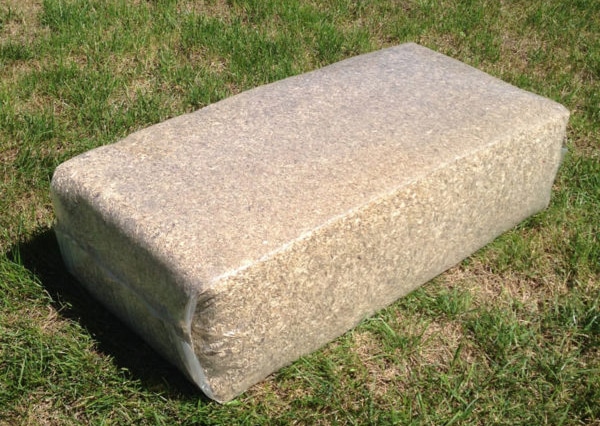 Because of the numerous applications, hemp is starting to gain a foothold once again with American farmers. The 2014 Farm Bill, which featured section 7606, individual states are permitted to implement laws allowing state departments of agriculture and universities to grow hemp for research or pilot programs. 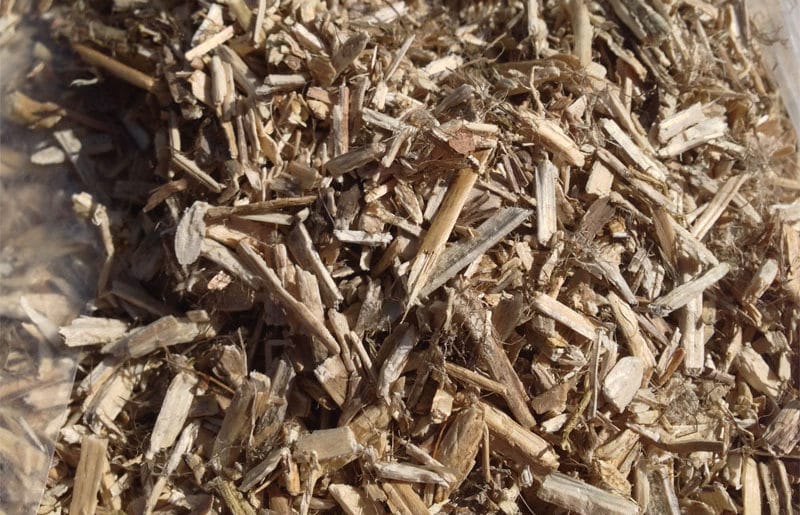 Currently, at least 41 states have passed legislation related to industrial hemp, and at least 39 states allow for hemp cultivation for commercial, research or pilot programs.